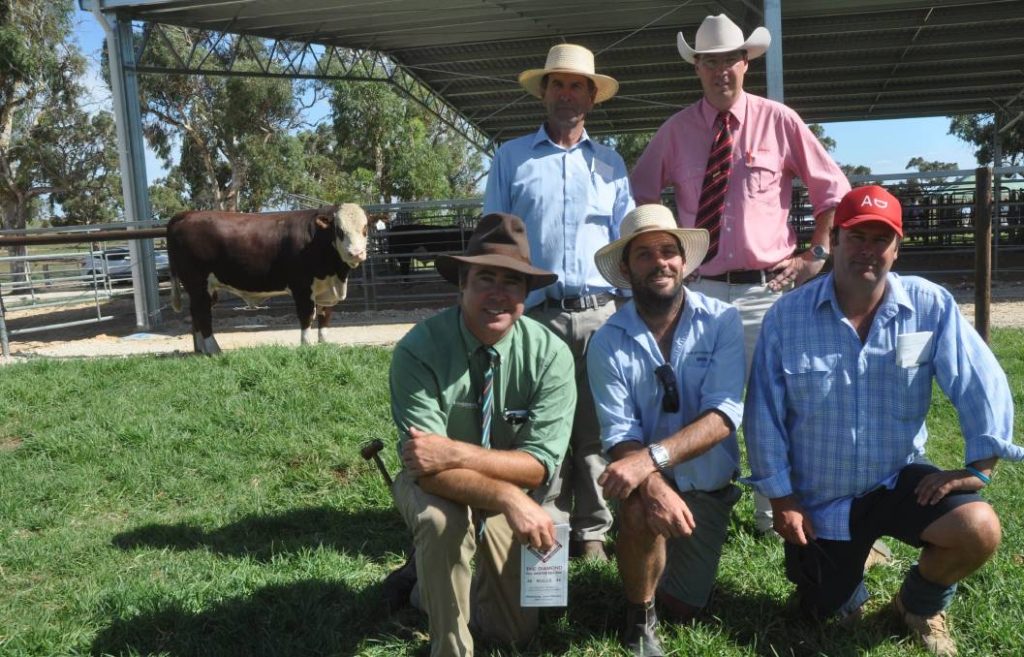 A STYLISH stud sire prospect from Wrattenbullie stud, Naracoorte was the star of the Diamond Poll Hereford multi-vendor bull sale on Wednesday last week at Mundulla, fetching a new sale record of $21,000. Wrattenbullie Langford made more than doubled the previous best price vendors Rod & Gayle, Brad and Alana Davies had enjoyed in their stud’s 40 year history.

“It is a well balanced bull with good length and a beautiful mover- it is a good outcross for us,” Mr Day said. Rod Davies said the heifer’s first calf, which they have collected semen in for in-herd use, had only got better as it got older. “It is so sound and such an easy doing calf.”